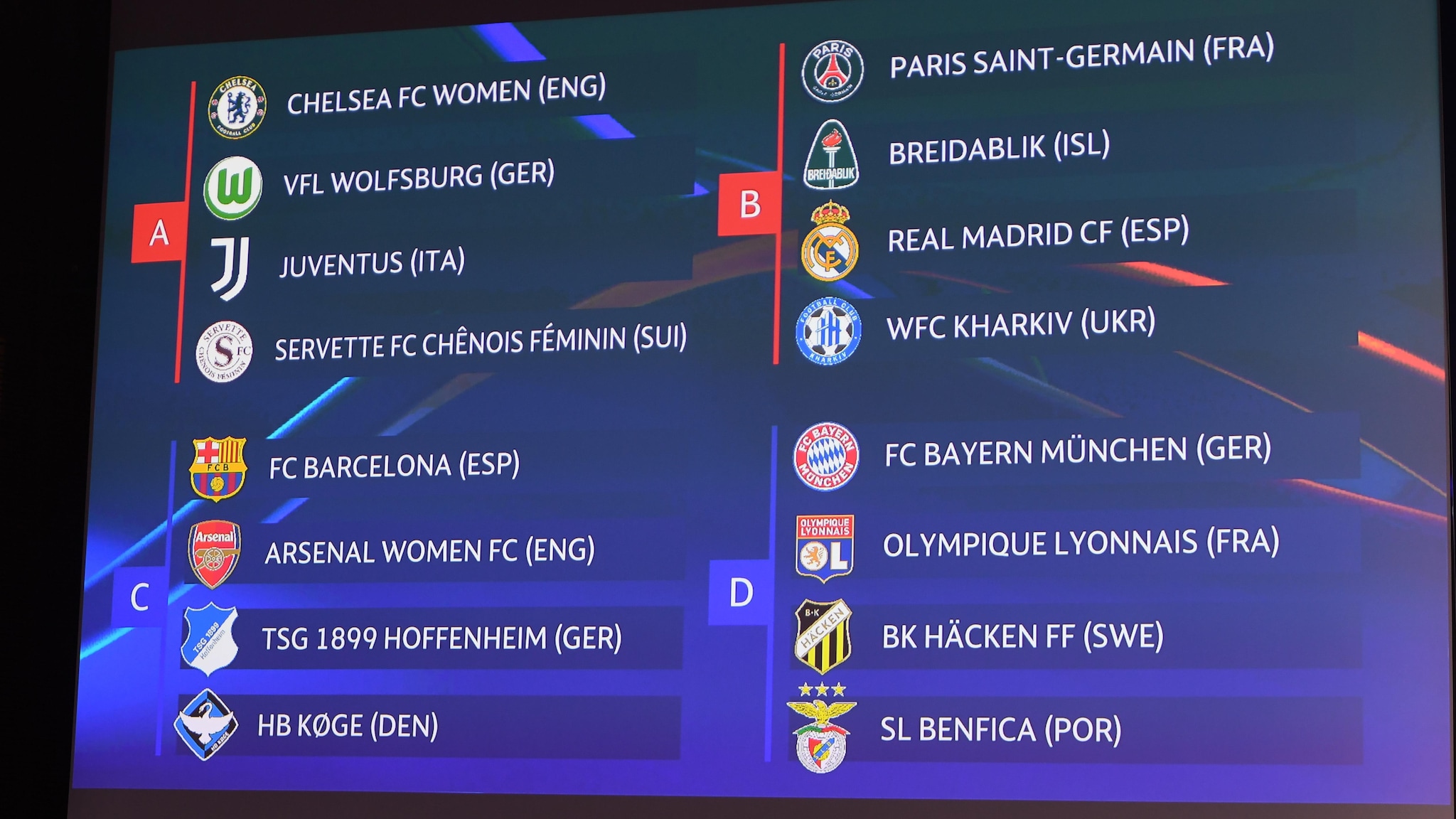 This is the first Women's Champions League to have group stages, with previous years seeing the competition start with qualifiers before a round of 32 knockout matches.

But 16 teams will now take part in a group stage, with Arsenal and Chelsea the two English representatives after Manchester City were beaten by Real Madrid in qualifiying.
Chelsea made it all the way to the final last season but were thrashed 4-0 by Barca, who now take on the Gunners in the groups.

The Blues, meanwhile, are in Group A and face Wolfsburg, Juventus and Swiss club Servette.

Juve are managed by former Arsenal boss Joe Montemurro, who left the Gunners at the end of last season.

The Blues beat Wolfsburg in the quarter-final last season before going on to beat Bayern Munich in the semis.
Juve have won all three of their opening league games at the start of the Serie A season while Chelsea were beaten by Arsenal on the opening day.

Emma Hayes' side bounced back with a 4-0 win over Everton in their second game. The Gunners, meanwhile, have made a fantastic start to life under new boss Jonas Eidevall.

The club have won six games from six under the Swede and will be confident of progressing to the knockout stages of the Champions League.

The full groups are as follows. Group A: Chelsea, Wolfsburg, Juventus and Servette.

The fixtures will run from October 5 to December 16 with the top two from each group progressing to the knockouts. Welcome to Soundify
Share on Facebook · Twitter ·
Please register or login to post a comment
There are no comments on this topic!
New to Soundify?
Join now to connect with the people you care about, and explore stuff you're into!
Ad Create Ad